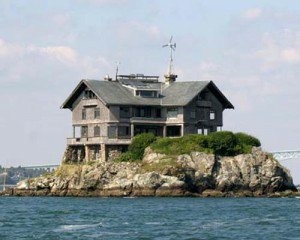 At the end of the most famous of His recorded sermons (spanning 2 chapters in Matthew), Jesus Christ says this concluding all that He has taught by comparing which house will survive-the one built on the rock or built on the sand:

This passage of Scripture has been used by many preachers, teachers, missionaries, and evangelists to convey to the sinful world that they better accept what Jesus Christ did for them on the cross, or they are doomed for hell. Yes, that is true. And there is no way of getting around it. If you don’t accept Jesus Christ you are forever lost or eternally dead.

I am the true vine and My Father is the vinedresser. Every branch in Me that does not bear fruit He takes away, and every branch that does bear fruit He prunes, that it may bear more fruit. Already you are clean because of the word I have spoken to you. Abide in Me, and I in you. As the branch can not bear fruit by itself, unless it abides in the vine, neither can you unless you abide in Me. I am the vine; you are the branches. Whoever abides in Me and I in him, he it is that will bear much fruit, for apart from Me you can do nothing. If anyone does not abide in Me, he is thrown away like a branch and withers; and the branches are gathered, thrown into the fire, and burned. (ESV)

It seems like Jesus Christ is saying you can have an initial moment of salvation (going from eternal death to eternal life). However, if you are truly saved, the Holy Spirit inside of you will cause you to act because so many others are spiritually dying.

The parable of sowing seeds is another prime example. Take Luke 8:4-8:

And when a great crowd was gathering and people from town to town came to Him, He said in a parable, “A sower went out to sow his seed. As he sowed, some fell along the path and was trampled under foot, and the birds of the air devoured it. And some fell on the rock and as it grew up, it withered away, because it had no moisture. And some fell among thorns, and the thorns grew up with it and choked it. And some fell on good soil, and it grew and yielded a hundredfold. As He said these things, He called out, “He who has ears to hear, let him hear.” (ESV)

The house, the branch, and the seed stands for people (you and me). If we don’t build on the rock (Jesus Christ), eventually our house will fall, just like if you built it on the sand.

Similarly, Jesus Christ uses the grapevine to make His point. We all need to be grafted in; however, some branches (people) won’t take because the nature of the vine (Jesus Christ). Lastly, the farmer (sower) gets ready to sow his seed.

Let me explain. I picture the farmer with a wheelbarrow full of seeds going down some bumpy road. As a result, the some of the seeds get deposited on someone else’s footwear. Though careful, he can’t help but spill some of the seed with the bumpiness on the road. Most of the spilled seeds (anyone who does not have a firm position on where they stand with Jesus Christ) gets easily swayed and not being able to put down roots anywhere.

The same goes for the vine. You have to believe in what Jesus Christ did for you on the blood-soaked cross, and God the Father raised Jesus Christ from the dead, three days later. Yet that is only the first part. You got to act with boldness and tell others of the new spiritual life you have found. Correct? For the branch that withers, gets tossed into a pile, then ultimately gets burned is the so-called “Christian” who said a prayer to accept Jesus Christ when that person was younger than what they are right now and thinking they are good to go. Living a life like that, I would be shakin’ in my shoes.

If anyone wants to come after Me, let him deny himself and take up your cross daily and follow Me. (ESV)

For to this, you have been called, because Christ also suffered for you, leaving you an example, so that you might follow in His steps. (ESV)

Leaving A Warning To All Christians Worldwide!

“On Christ The Solid Rock I Stand”-(unknown)